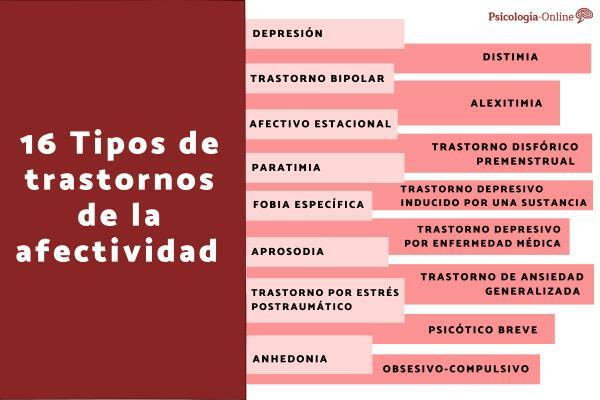 We live in a world full of obligations and demands to which we must respond in some way. When patience runs out and we are going through a difficult time, certain ways of responding may appear that would be seen as inappropriate by other people. These answers will depend on how each person understands the complexities of everyday life.

Generally, emotions activate our deepest desires and allow us to achieve goals. However, sometimes feelings can cause problems with our environment. In this Psychology-Online article, we will provide you with information about the types of affective disorders.

Before explaining in detail the different types of affectivity disorders that exist, we must start by understanding what affectivity is. In general terms, this term is used to refer to a psychological quality that implies the way in which we experience our own emotions, thoughts and behaviors and with respect to the environment that surrounds us.

For this reason, affectivity is not only related to affection but also to different modalities of responses that a human being has in the face of external circumstances that appear.

Depression is a mental disorder characterized by absence of desires and projects in a person's life. This fact produces a decline in the person's bond with her social environment and gradually affects the workplace and / or academic.

Next, we will point out some characteristics of depression:

Dysthymia, also known as persistent depressive disorder, is another form of depression as a clinical picture. When we talk about dysthymia we refer to a type of depression that occurs over a period dragged on of time. In this way, although it shares the same clinical presentation as depression, it presents certain differences in terms of the intensity of the symptoms depending on the person and the duration of the condition.

The symptoms of dysthymia are:

In the following article you will find the Difference Between Dysthymia and Depression.

This clinical picture can appear at any time in a person's life. Bipolar disorder involves the presence of moments linked to depression alternated with situations of euphoria and/or mania. It should be noted that the intensity of each of these moments is usually high, leading the person to carry out actions that can harm third parties and/or themselves. In these cases, the causes are usually due to neurological components and psychological factors.

Next, we will expose some important points of bipolar disorder:

This pathological trait manifests itself in people who have great difficulties in identifying and recognizing their own feelings. In turn, this causes a feeling of depersonalization, because the person diagnosed with alexithymia feels distanced from their own emotional factors. For this reason, people with alexithymia may find it difficult to understand aspects of themselves and other people.

Main criteria for detecting alexithymia are the following:

As its name indicates, this disorder corresponds to the period before menstruation that occurs in the menstrual cycle and that produces a series of changes in mood at that time. However, the particular characteristic of this disorder is that it disappears once the menstrual period ends.

Next, we will point out the main symptoms of premenstrual dysphoric disorder:

Substance- and/or medication-induced depressive disorder shares the criteria for depression. However, the crucial aspect of this disorder is that it occurs as a consequence of intake of toxic substances or medications that produce significant changes in mood.

The main characteristics of this condition are:

Depressive Disorder Due to a General Medical Condition.

As we have mentioned before, depression has particular characteristics that allow its symptoms to be detected. However, the causes that originate it can differ and infer in different clinical pictures. In this case, Depressive Disorder Due to a General Medical Condition shares the qualities of depression with the incidence that any other disorder can have. organic infection that the person has suffered.

The main symptoms of depressive disorder due to a general medical illness are:

This condition is characterized by the presence of high levels of anxiety in relation to various areas of a person's life. In general terms, the concern about certain facts is disproportionate to the real impact and the person diagnosed with this picture usually presents persistent ideas, confusion, as well as difficulties to connect with activities pleasant.

Next, we will show the main symptoms:

This condition occurs after suffering a exposure to a traumatic event to which the person lacks the resources to respond. It is possible that after this type of episode a post-traumatic stress disorder develops, since the picture originates after the accidental moment.

Some of the manifestations that appear in the physical, emotional and behavioral plane of a person with post-traumatic stress are:

This affective disorder is related to obsessions and compulsions that dominate the person's life. For this reason, obsessive-compulsive disorder is often accompanied by rituals and actions that must be carried out in a specific way to avoid consequences that are considered catastrophic.

Specific phobia disorder corresponds to a irrational and exacerbated fear of an object and/or situation specific. It is necessary to clarify that the person with this type of disorder can take any element of reality as a phobic object. Likewise, these phobias usually produce unfavorable consequences for the development of daily life as a consequence of this fear.

The manifestations of this type of anxiety disorder are the following:

This brief psychotic disorder is dominated by presence of delusions and hallucinations that generate a loss of reality in the person who suffers it. In other words, in this type of disorder there is an involuntary disconnection from aspects of daily life due to the consequences of the condition. However, the duration of the brief psychotic disorder It usually ranges from one day to one month..

The clinical presentation of brief psychotic disorder is usually as follows:

This kind of disorder are related to the time of year in which they happen. When we refer to seasonal affective disorder, we talk about the mood changes that occur in the changes of seasons of the year. In other words, they manifest at the end or beginning of spring, summer, autumn, and winter.

It should be noted that the type of presentation will depend on the qualities of each person. The criteria to be taken into account to detect a seasonal affective disorder are:

Parathymia is a condition in which there is a discordance between the person's emotions, thoughts, and behaviors with respect to the contextual situation. For this reason, there are often difficulties in understanding other people's emotions or in carrying out daily activities.

The main characteristics of parathymia are:

The aprosodia corresponds to the Difficulty communicating emotions due to alterations in the use of language, such as the lack of variations of tones, rhythms and intonations in the expression.

When someone suffers from aprosodia, her affectivity is disorganized. In this way, the main manifestations of aprosodia are:

This quality is linked to loss of ability to feel pleasure in moments and activities that in the past were pleasant. In this sense, anhedonia corresponds to an affectivity disorder caused by an alteration of emotions. Likewise, this condition can occur in other disorders such as schizophrenia or depression, among others.

The main symptoms that people with anhedonia present are:

If you want to read more articles similar to Types of affective disorders, we recommend that you enter our category of Clinical psychology.

Learn to think for yourself

When we are children, we learn primarily through others. The world views, ideas, opinions and bel... 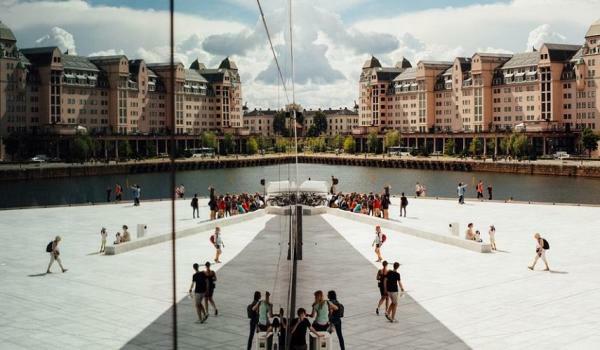 Signs That You Have Forgotten Yourself

Surely, we have all forgotten ourselves at some point in life. The important thing is to try that... 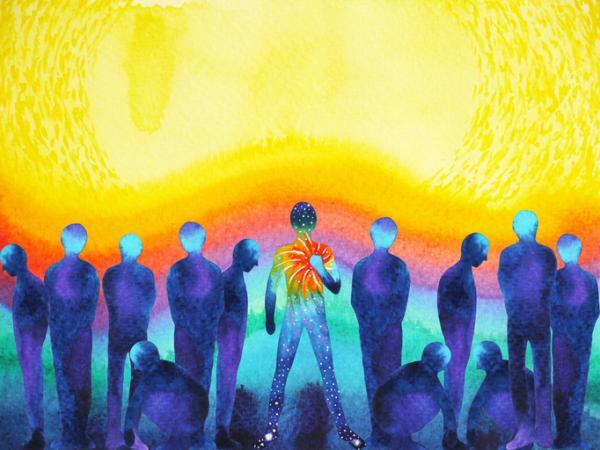 Why is it hard for me to open up to others

By being emotionally open we refer to those moments in which we share intimate feelings belonging...